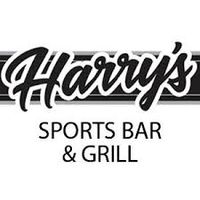 Greg Douglass and the Sidewinders are BACK!!!!

It's been over two years but guitarist Greg Douglass and his rocking new band, The Sidewinders, are coming back to Harry's, the greatest bar in the greatest little town in the universe. Greg and the best players in Southern California will be celebrating the history of rock guitar from the Fifties through the 21st century. The set list is all killer, no filler; "Nothin' but the best and later for the rest!" as John Lee Hooker once said to me. And speaking of name dropping; Greg's played with a LOT of famous artists during his 50+ years touring and recording, so you'll be hearing from the catalogs of Paul Butterfield, Greg Kihn, and, of course, lots of Steve Miller. We ALWAYS kill it at Harry's so...come by and get down with your bad self!!!!!